Grasses can survive fires because they grow from the bottom instead of the top. Their stems can grow again after being burned off. The soil of most grasslands is also too thin and dry for trees to survive. Some main adaptations are thick bark on trees to resist fire, a long root system so grazing animals can't pull the plant out of the ground, and soft stems for bending in the wind. 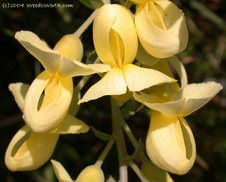 Wild Indigo is a member of the Bean family, which may be easily seen by its pea-like flowers.  It has a   awesome leaf arrangement. They call also be white and blue indigo.Blue Wild Indigo and White Wild Indigo hold their flower spikes vertically and each species is taller than the one which blooms before it, so its blossoms can be readily seen by pollinating insects in the ever-taller grasses as the season progresses.

Sunflower is an annual plant, growing up to 4.6 m tall. It has large, rough and hairy leaves, oval to heat shaped flower. Flower heads are also large, growing about 20-30 cm in diameter. It consists of numerous, densely arranged florets. Sterile ray florets on the outer side vary in color and the colors could be yellow, red, or orange.he florets inside the sunflower's cluster are spirally arranged, which is a most efficient packing of seeds within the flower head. 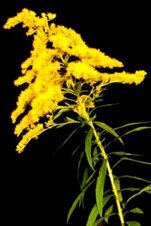 Goldenrods are strong-stemmed plants, often growing to 6 feet tall, with either smooth or lightly toothed alternate leaves arising from a root crown or rhizome. They bloom in late summer or fall with sprays of small, usually golden-yellow flowers

Late purple aster grows to a mature height of about 1-1/2 feet. The plant has slightly hairy, brittle stems topped with daisy like blooms up to an inch in diameter. 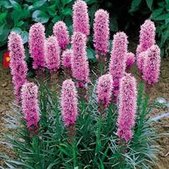 Blazing Stars
The blazing star as we can see is pink and beautiful.This native perennial plant is up to 4' tall. The central stem is fairly stout, with a lot of small longitudinal ridges. It is usually covered with scattered white hairs.They are linear, and quite numerous as they alternate around the stem.

Smaller rodents defend themselves from predators by living underground or by having camouflaged fur. Most of the large grazing animals stay in large, intimidating packs, like bison, or escape their predators by running and leaping, like kangaroos. In the winter, rodents store food in their underground tunnels and keep out of the cold or hibernate. Bigger animals survive the winter by growing a thicker coat and foraging for food. 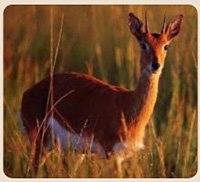 Antelopes of both families are noted for their beauty, grace, and speed in running. Most are distinguished by upswept, back-curving horns. Their coats of hair are usually golden, reddish tan, or grey, often with white beneath and on the face and rump. Some are strikingly marked.

In Australia, kangaroos roam freely. Kangaroos have sharp incisors that are used to cut off tips of tough grass. Kangaroos are also marsupials, which means that the females carry their young in skin pouches until they are able to function on their own. They escape from their predators by gaining speed using quick, long bounds. So the Kangaroos adaptation was the speed they developed to escape their enemies, and sharp incisors to cut off tips off tough grass

A Habitat is is where species live and a niches is how the species eat.